SAN FRANCISCO, Sept. 28, 2021 /PRNewswire/ — MasterClass, the streaming platform where anyone can learn from the world’s best across a wide range of subjects, today announced that two of the best rock climbers in the world, Alex Honnold and Tommy Caldwell, will teach a class on rock climbing. Through a series of indoor and outdoor demos, MasterClass members will learn the fundamentals of climbing and how to level up their skills, from equipment necessities and safety measures to body positioning and techniques, assessing outdoor routes, bouldering and psychological practices. The rock climbing class is now available exclusively on MasterClass, where subscribers get unlimited access to all 100+ instructors with an annual membership. 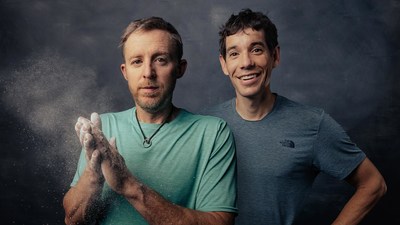 «Alex and Tommy have a combined 60 years of elite rock climbing experience, scaling some of the largest walls in the world, including El Capitan and Patagonia’s Fitz Traverse,» said David Rogier, founder and CEO of MasterClass. «Their class is the first time several elements of climbing are taught in one place—and by two of the greatest to ever do it. Members will get access to how they think, how they’ve achieved some of their biggest climbs and will even get to follow along close-up as they take on a climb.»

In their class, Honnold and Caldwell will take MasterClass members to an indoor rock climbing gym to demonstrate how to work with a partner to top rope with a belay device and lead climb; they’ll also cover footwork, hand grips and arm techniques. The duo will then teach members how to bring the skills they’ve learned indoors to an outdoor environment, starting with bouldering tips and techniques. Honnold will tackle a traditional route, while Caldwell will climb a sport route, each giving an inside look at their in-the-moment thoughts and decision-making skills. They will also share the dos and don’ts of the sport, including the importance of responsible climbing and preserving the environment, as well as how not to be a «gumby,» the climbing community’s joyous term for a novice. Sharing stories of how they’ve assessed and emotionally prepared for climbing challenges—and partnered together to accomplish the seemingly impossible—Honnold and Caldwell will have members leaving this class inspired and ready to tackle the challenging peaks in their own lives.

«Climbing as a sport has enriched our lives so much, and we would like to share that in a way that can enrich MasterClass members’ lives too,» Caldwell said. «Our class is a snapshot of all things climbing that’ll give you the tools to pursue the sport.»

Honnold added, «Tommy and I have spent quite a bit of time and effort refining our own climbing, and we are excited to teach this class and share our knowledge with anybody who wants to progress as a climber. To be able to contribute to growing passions for the sport in this way is a great honor.»

Honnold is a professional adventure rock climber whose audacious free-solo ascents of America’s biggest cliffs have made him one of the most recognized and followed climbers in the world. A gifted but hard-working athlete, Honnold is known as much for his humble, self-effacing attitude as for his climbing ability, as evidenced in profiles by 60 Minutes and The New York Times and starring roles in the Emmy-nominated Alone on the Wall and Academy Award–winning documentary Free Solo. He hosts the chart-topping podcast Climbing Gold and is the founder of the Honnold Foundation, an environmental nonprofit devoted to fighting climate change by promoting solar energy for a more equitable world. Honnold is sponsored by The North Face, Black Diamond, La Sportiva, Ando and Stride Health and is a board member of El Cap Climbing Gyms To this day, he maintains his simple «dirtbag-climber» existence, traveling the world in search of the next great vertical adventure.

Caldwell is an American rock climber accomplished in sport climbing, hard traditional climbing, big-wall speed climbing and big-wall free climbing. Taught by his father to embrace fear and doubt and turn those feelings into inspiration, Caldwell established some of the hardest routes in the country and free-climbed 12 routes on El Capitan in Yosemite National Park. Deemed by National Geographic in 2015 as «arguably the best all-around rock climber on the planet,» he believes difficult journeys with little chance for success have taught him the most. This attitude is no better exemplified than by his first free ascent of the Dawn Wall and his first ascent of the Fitz Traverse in Patagonia.

ABOUT MASTERCLASS:
Launched in 2015, MasterClass is the streaming platform where anyone can learn from the world’s best. With an annual membership, subscribers get unlimited access to 100+ instructors and classes across a wide range of subjects, including Arts & Entertainment, Business, Design & Style, Sports & Gaming, Writing and more. Step into Anna Wintour’s office, Ron Finley’s garden and Neil Gaiman’s writing retreat. Get inspired by RuPaul, perfect your pitch with Shonda Rhimes and discover your inner negotiator with Chris Voss. Each class features about 20 video lessons, at an average of 10 minutes per lesson. You can learn on your own terms—in bite-size pieces or in a single binge. Cinematic visuals and close-up, hands-on demonstrations make you feel like you’re one-on-one with the instructors, while the downloadable instructor guides help reinforce your learning. Stream thousands of lessons anywhere, anytime, on mobile, tablet, desktop, Apple TV®, Android™ TV, Amazon Fire TV® and Roku® players and devices. 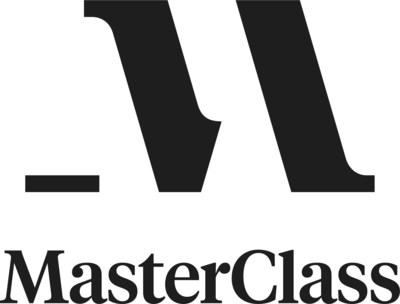