COLUMBUS, Ohio, April 28, 2021 /PRNewswire/ — May is National Hamburger Month, a full 31-day celebration of the beef patty on a bun that’s been one of America’s most popular foods since White Castle introduced the Original Slider® 100 years ago.

White Castle is celebrating National Hamburger Month with a sweepstakes offering a grand prize of $100,000.

In honor of the occasion — and in observance of its 100th birthday this year — White Castle has all kinds of exciting things in store for the month of May.

«White Castle is the official sponsor of National Hamburger Month, having created the month-long event in 1991 to pay homage to the Original Slider we created and the industry we pioneered,» said Lisa Ingram, president and CEO of White Castle, the nation’s first fast-food hamburger chain. «So it’s always a special occasion for us, but especially this year as we celebrate our 100th birthday. We look forward to having some fun this month with our Craver fans.»

To kick off National Hamburger Month, White Castle is excited to announce the following:

On May 1, White Castle will introduce its Time Machine Sweepstakes.* The decade-themed sweepstakes allows restaurant and retail customers to explore White Castle’s past, present and future while giving them the chance to win thousands of prizes, including the grand prize of $100,000 in cash.

There are several ways to play and win, but all start by jumping into the time machine at WhiteCastleTimeMachine.com. Players can enter every day until the sweepstakes ends on July 11. No purchase is necessary to play or win, but every White Castle purchase, whether it’s from a restaurant or a location where our retail Sliders are sold, offers a chance for the $100,000 grand prize.

White Castle isn’t the only centenarian this year. About 90,000 people in the U.S. are celebrating the big 1-0-0, but two, in particular, stand out because of their long-lasting devotion to White Castle. So White Castle is giving them the royal treatment, including an award, a personal note from CEO Lisa Ingram, and a complimentary White Castle meal for themselves and a few guests.

Joseph Girolamo turned 100 on March 9. The Livonia, Michigan, resident and World War II veteran has lived in the metro-Detroit area his whole life and has been a White Castle fan since his childhood. His large Italian family — he’s the oldest of seven kids — indulged on White Castle Sliders any opportunity they got. As he and his siblings got older, they shared their love of White Castle with their own kids, often bringing Sliders to their large family gatherings. In 1973, he took two boxes of frozen Sliders on a plane all the way to California to surprise his brother for his 50th birthday.

Ann Lynch will turn 100 on July 27. A resident of the Chicago area her whole life, Ann loved White Castle growing up and instilled her passion for Sliders in her own seven kids. The self-professed White Castle Queen loves to associate with the brand and still craves the hot and tasty Sliders whenever she can get them. The Original Slider and Cheese Slider remain her favorites!

White Castle Opens in Orlando, its First Location in Florida

May is already going to be a crave-tacular month, but there’s more good news. White Castle is coming to Florida! On May 3 at 8 a.m., White Castle will open a Castle in Orlando, marking the brand’s return to the Sunshine State since operating four restaurants in Miami in the 1960s. The 4,567-square-foot restaurant — the largest free-standing White Castle in the world — offers two drive-thru lanes and seating for 72 indoors and 56 outdoors. The iconic tower that graces the front of the building features a sleek, industrial-style architectural design rather than the traditional white brick on most other Castles. To provide a more memorable experience for customers, hospitality doors will replace drive-thru windows, allowing team members to walk out to cars in the drive-thru lanes. Once the Orlando castle is open, White Castle will have restaurants in 15 states. Its retail Sliders are available in all 50 states.

White Castle will be releasing more news in the next few weeks about National Slider Day, special offers, new partnerships with lifestyle and pop culture brands, and more. Stay tuned!

*NO PURCHASE NECESSARY. A purchase will not increase your chances of winning. Promotion begins 5/1/21 at 12:00 PM ET and ends 7/11/21 at 11:59:59 PM ET. Open to legal residents in the U.S., at least 18 years old. For official rules, including how to enter, free method of entry instructions, odds, prize details and restrictions visit https://whitecastletimemachine.com. Void where prohibited. Messaging and data rates may apply. Sponsor: White Castle Management Co., 555 Edgar Waldo Way, Columbus, OH 43215.

White Castle, America’s first fast-food hamburger chain, has been making hot and tasty Sliders as a family-owned business for 100 years. Based in Columbus, Ohio, White Castle started serving The Original Slider® in 1921. Today White Castle owns and operates more than 360 restaurants dedicated to satisfying customers’ cravings morning, noon and night and sells its famous fare in retail stores nationwide. The Original Slider, named in 2014 as Time magazine’s «Most Influential Burger of All Time,» is served alongside a menu of creatively crafted Sliders and other mouthwatering food options, including White Castle’s Impossible™ Slider, named by Thrillist in 2019 as the «Best Plant-Based Fast Food Burger.» White Castle’s commitment to maintaining the highest quality products extends to the company owning and operating its own meat processing plants, bakeries and frozen-food processing plants. In 2021, 100 years after the first Slider was sold, Fast Company named the fast-food pioneer one of the «10 Most Innovative Dining Companies.» White Castle is known for the legendary loyalty of its team members, more than 1 in 4 of whom have worked for White Castle for at least 10 years, and also for its faithful fans («Cravers»), many of whom compete each year for entry into the Cravers Hall of Fame. The official White Castle app, available at iTunes App Store or Google Play, makes it easy for Cravers to access sweet deals and place pickup orders at any time. They can also have their orders delivered using one of White Castle’s delivery partners. For more information on White Castle, visit whitecastle.com. 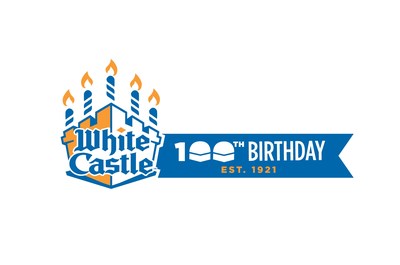 The Law Offices of Frank R. Cruz Announces the Filing of a Securities Class Action on Behalf of HyreCar Inc. (HYRE) Investors